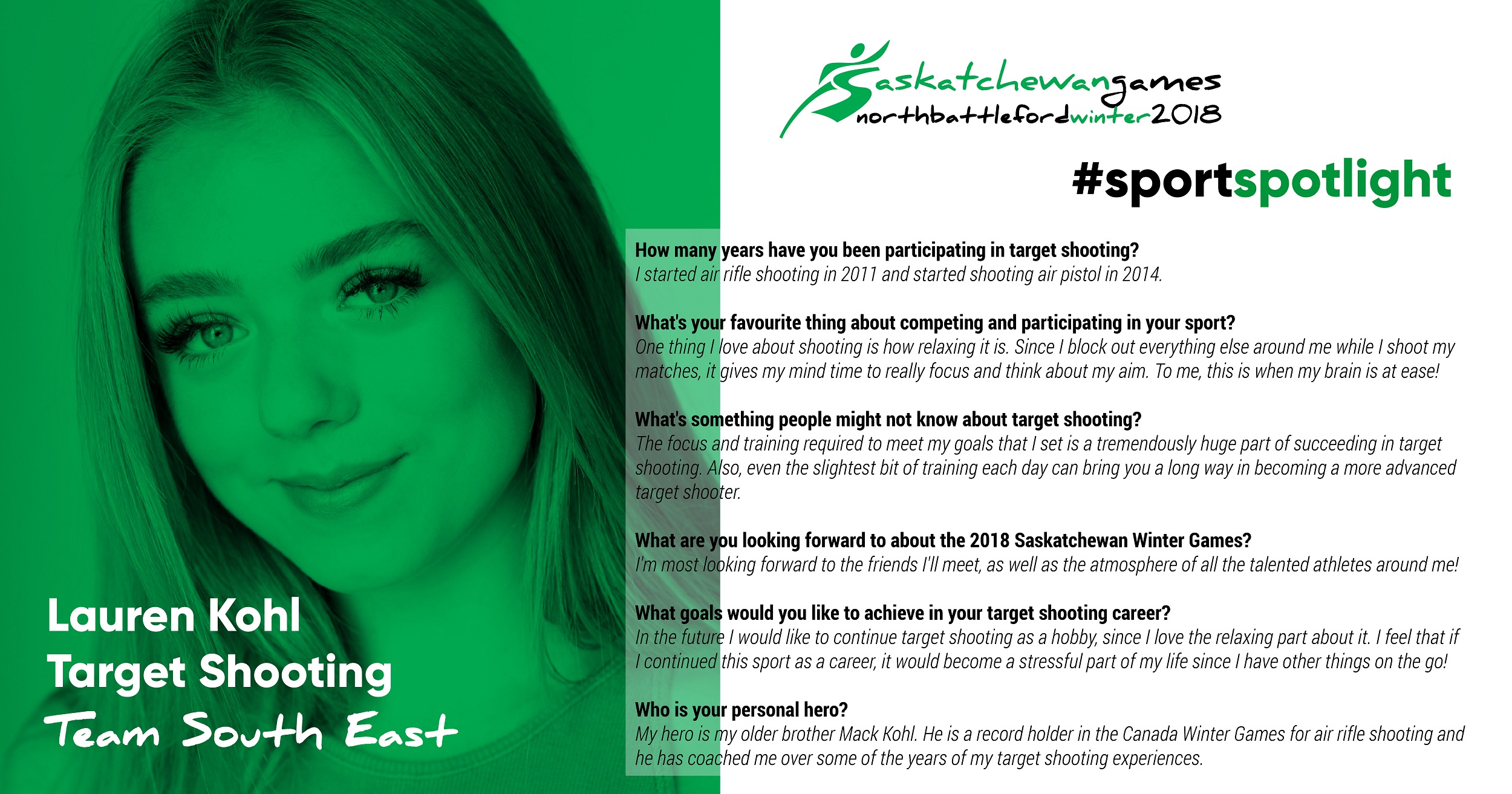 We're now officially under the 3-week mark, with just 20 days to go until the 2018 Saskatchewan Winter Games in North Battleford! Today's #SportSpotlight is focused on Target Shooting, featuring Lauren Kohl of Team South East -- an experienced athlete for whom target shooting runs in the family!

How many years have you been participating in target shooting?
I started air rifle shooting in 2011 and started shooting air pistol in 2014.

ow many years have you been participating in target shooting?
I started air rifle shooting in 2011 and started shooting air pistol in 2014.

What's your favourite thing about competing and participating in your sport?
One thing I love about shooting is how relaxing it is. Since I block out everything else around me while I shoot my matches, it gives my mind time to really focus and think about my aim. To me, this is when my brain is at ease!

What's something people might not know about target shooting?
The focus and training required to meet my goals that I set is a tremendously huge part of succeeding in target shooting. Also, even the slightest bit of training each day can bring you a long way in becoming a more advanced target shooter.

Is this your first time at a Saskatchewan Games?
No, I went to the last Winter Games in Prince Albert in 2014.

What are your goals for these Games?
To make it into the finals and to overall just have a fun time!

What goals would you like to achieve in your target shooting career?
In the future I would like to continue target shooting as a hobby, since I love the relaxing part about it. I feel that if I continued this sport as a career, it would become a stressful part of my life since I have other things on the go!

Who is your personal hero?
My hero is my older brother Mack Kohl. He is a record holder in the Canada Winter Games for air rifle shooting and he has coached me over some of the years of my target shooting experiences.